Apologies in advance to people in the North! When people hear Weeki Wachee, most think about the mermaids.  Mermaids did put Weeki Wachee on the map, but one way to enjoy a Saturday is to kayak or paddleboard the Weeki Wachee River.  You can launch your non-motorized watercraft from the state park and the first part of your float takes you through winding pristine crystal clear river. Once you exit the boundaries of the state park, you are free to hop off your watercraft and swim/snorkel your way down the river.  As you move closer to civilization, however, you can literally watch the water change from as clear as glass to a murky green.  Man's hand is apparent.  For this section, I advise staying in your watercraft and glimpsing into the backyards of people who are lucky enough to wake alongside the Weeki Wachee River each day.  There are expensive homes alongside weekend water shacks.  Pack a lunch since you will be on the water all day.  There are plenty of sites to pull over to swim and eat. Just be sure to leave no trace behind. It takes a full day to navigate the river to Roger's Park where most people disembark.  You could, however, float all the way to the Gulf of Mexico. 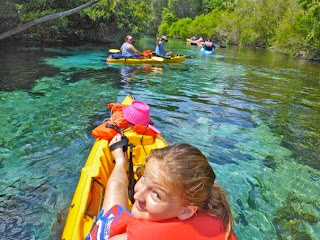 Roger's Park is my first choice because more motorized watercraft dominate the waterways between Roger's Park and the bay.  We typically leave a car there early in the day to shuttle drivers back to get their vehicles to load our equipment. If you rent, that's all taken care of for you.  The county has provided great landing where you can take your craft off the water and load your vehicle. There is a swimming area where you will find people floating in the water.  My daughter always enjoys Kona Ice while she waits for us to finish packing the car. You can even launch from this site as well as rent equipment, but there is nothing fun about paddling up river. 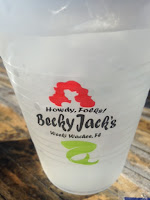 I would suggest,  if you have the time, that you actually drive to the west coast of Florida. That area looks nothing like the coastal areas of most of Florida.  If  if you bring your own equipment, you do need to make a reservation to launch as the tiny launch site can get really crowded on the weekends. I prefer heading there during the weekdays in spring or summer. For Orlandians, just head west.  After a day of paddling, I recommend a stop at Becky Jack's Food Shack.

How will you spend your wild and wondrous Saturday? 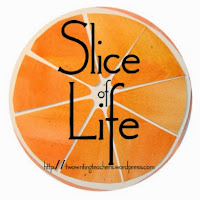