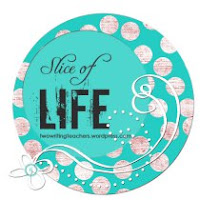 This year my word was brave...


One thing I know for sure is that bravery shows up in unexpected places...
My word took me to many places. I chose it knowing that many changes were in store for me in 2013, little did I know how many were actually in store.  The fall
was my most challenging, both professionally and personally.  You know you are in a rough place at work when you are counting the days that you haven't cried and you realize that there are less of those than the other.  My one little word project also ended up being a study of bravery in others such as my new principal braving the demands of our school or my aunt braving her battle with leukemia. 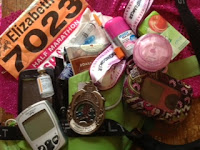 I have also marked small acts of bravery by


I have not quite figured out my one little word for next year, but am looking forward to the unexpected journey that one word will take me.


Books with fictional brave women that I have enjoyed reading this year...

It's Monday What Are You Reading: Southern YA Writers 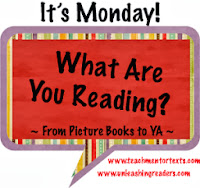 What have I been reading? The works of young adult writers from the South.  I was excited this past fall when I was asked to chair a panel for ALAN 2013, especially when I saw Beth Revis as a featured author, but imagine my delight when I was introduced to 3 other amazing YA authors who are of the South, Myra McEntire, Alan Gratz, and newcomer, Shannon Hitchcock. Aside from their background, time, the intersection of past, present, and future connects these authors' works. It is especially fitting to share these works as I look over the Appalachian mountains that inspired or are part of the setting for these books during my winter break.

Beth Revis, author of Across the Universe, has penned a trilogy about two teens and their journey across space.  Though it is not set in the South it draws from her experience in the South especially the walls that confine.  You might integrate this series as part of a STEM program.  You also might pair it with Julius Caesar.  We used it as summer reading for our juniors this past year.  I can't wait to see what else this author writes.
The Ballad of Jesse Pearl by Shannon Hitchcock spins a tale of the past.  If you were 14 and handed your sister's son to take care of, would you rise to the occasion?  Shannon Hitchcock paints a vivid picture of life as a teenager during the age of tuberculosis.  How do you let someone go?  You might use this book during a study of the twenties.

The English teacher in me was immediately in love with Horatio, the main character in Alan Gratz's mystery series that interweaves the tales of the world's most famous bard.  Something Rotten set in the foothills of Tennessee.  I am eagerly awaiting the release of The League of Seven in August 2014.

The web of time with the backdrop of Nashville creates an air of mystery around Emerson Cole, an orphan.  Myra McEntire weaves scenes from the past, modern time and time travel and to reveal Emerson's talent of seeing people n Hourglass.  Emerson finds, however, that she is not alone in her skills.  This story is the first in the trilogy, which I am still working my way through.