You never know what will bring people together, a chocolate party, boot-camp, or a half-marathon, but I can tell you that I was happy to be a part of a kickball tournament that brought over 200 teachers and students together last Friday after school.

It always starts with an idea. Ideas are only dreams, however, if there is no action forward. Also a little funding never hurts! In September, the athletic directer shared his idea about having a kickball tournament.  The cafeteria manager told me that she always wanted a hydroponic garden.  Our SLC leadership team for the College of Health & Public Affairs wanted to integrate more fun school-wide physical fitness activities such as the Zombie Zumba we were planning.  Cobbled together our ideas became an inter-connected reality after winning a Fuel Up to Play 60 grant. (If you are looking for ways to bring play back to your school, I would suggest applying for one of the many grants they have available. It requires you to bring together a team including your cafeteria manager and your physical education department.  It also requires you to bring kids into the fold as well. They are currently offering a student-led grant that is due on March 25th for about $4000.) 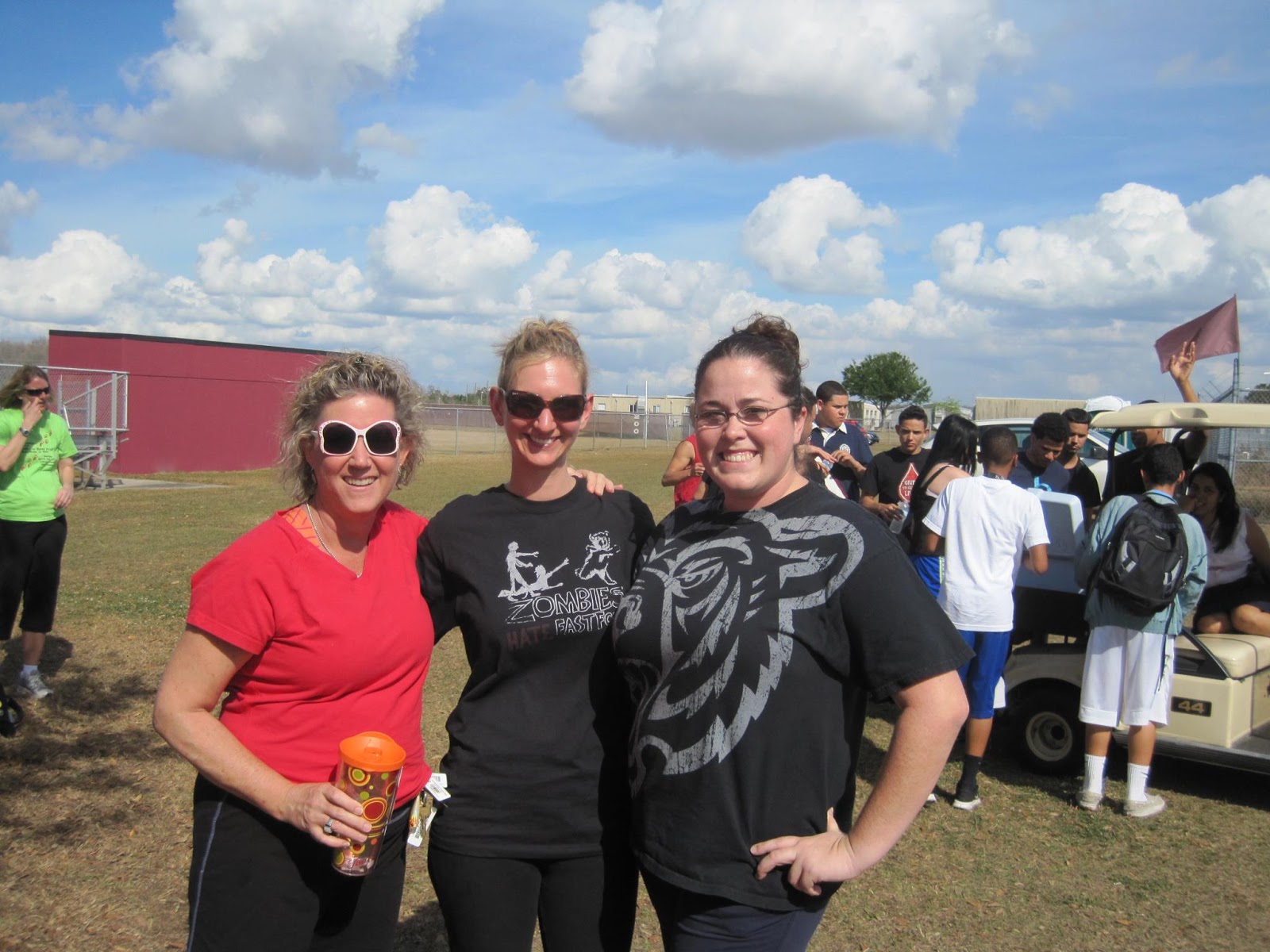 Setting up a kickball tournament is easy. Executing it the first time with warm bodies is difficult. Whenever you do something new, you never are sure of the response. We had an overwhelmingly positive response. We charged a nominal fee of $10 per team with a minimum of 12 players. Deans sponsored teams and coaches formed a "superstar" team (which lost every game), but most importantly kids organized their own teams.  Teams represented ROTC, other sports, different colleges, and just groups of kids who wanted to play together. And they played together well.  (Most of the time!)

The logistics were simple: an open field, rubber balls, and bases. No uniforms! No umpires (Next time REAL UMPS!). Field space could be a challenge.  On our 35 acre campus we have the luxury of field space so we were able to set up 5 fields although we could have set up more if needed.  Training? Who needs it? Playing kickball is something that most people have experienced in most American physical education classes.  You don't have to be a super star athlete to play kickball. Though I must confess, I was better at fielding than kicking.

You might wonder why a reading coach is involved in setting up a kickball tournament.  On a professional level as a leader, I look for ways to bring people together.  We don't often have fun with each other at school. We work hard.  We have fun with our students in our classroom, or the students on our teams or in our clubs. We might laugh with our colleagues in our department once a week or the few actual adults that we see during our daily work, but we don't always get out and see each other and mingle with different teachers. Our teaching lives are compartmentalized by period, by department, and by demands.

On a personal level, I love sports and I love friendly competition. As a Type 1 diabetic, I know how much physical activity matters not only for the body, but also for the brain. In the end, Juice, the soccer team won and the dean didn't really promise to shave his head if his team lost that was just a rumor, but most people went home for the weekend happy they played.